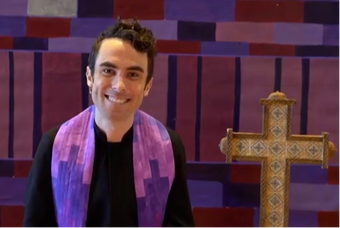 Before coming to South Freeport Church, Sean Patrick most recently served for three years as a Pastoral Resident at Wellesley Village Church (Massachusetts) in a program designed to prepare promising ministers to advance to settled pastors.
Prior to Wellesley, he received his Master of Divinity degree from Yale Divinity School, served as a chaplain intern at Yale-New Haven Hospital, and taught sixth grade religion at St. Martin de Porres Academy.
Sean Patrick also worked in refugee resettlement and as the Associate Director of a Christian non-profit. He is a graduate of Villanova University, where he studied both business and French.
Originally hailing from Massachusetts, Sean Patrick has also lived in Pennsylvania, Arizona, California, Connecticut, France, and Germany.   In his free time, Sean Patrick enjoys reading, hiking, camping, traveling, cooking, and spending time with his husband Steven. 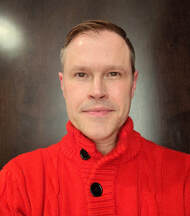 ​Pastoral Resident:  Jeremy Young
Jeremy W. Young is a Licensed Minister with the South Freeport Congregational Church and our resident Member in Discernment.  He has been offering pulpit supply for the last nine years throughout the Cumberland Association.  He is currently a student at the Maine School of Ministry.  His love of trains is lived out in his full time career working for the nation's largest railroad, and his passion for ministry is expressed in his in preaching, both at his home church and others.  Jeremy has an undergraduate degree in Business Administration from the University of Montevallo, Montevallo, AL and a Masters of Business Administration from Texas Wesleyan University, Ft. Worth, TX. 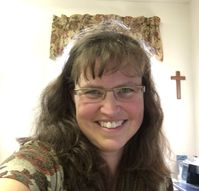 ​Administration and Education Director:   Bethany Dunfee
As a Maine native who grew up on the coast, Bethany Dunfee feels a connection to small coastal communities and fell in love with South Freeport when she moved to town years ago. Beth has been working in the Church office since Christmas of 2013 and in various capacities for Christian Education  here since 2008.   A few decades ago, Beth earned her B. A. degree in Studio Art from Bates College in Lewiston with a concentration in Education and Physical Sciences.  In 2013 she earned a Graduate Certificate in Creativity and Change Leadership, and a year later a Master of Science degree in Creative Studies from the International Center for Studies in Creativity at SUNY, Buffalo. For 21 years prior to working at SFCC, Beth worked in public education as a full time art teacher for both elementary and high school students and ran a Before and After care program at a local elementary school.  Sunday mornings, during the school year, Beth can be found teaching the older kids here at the church, and during the week, Beth is hard at work in the church office.  In addition, directing SFCC's Vacation Bible School each summer is one of Beth's greatest joys.
Beth loves helping people discover more than they think is possible, either through teaching, through her work in the church office, her work as a professional Creative Problem Solving facilitator, or in being a mom to her remarkable teenager.  Contact Beth at southfreeportchurch@gmail.com. 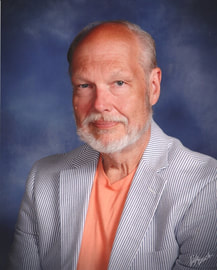 ​Music Director:  Denis Drobinski
Denis Drobinski has been the SFCC Choral Director since 2000.  His wealth of experience as a choral director is seen each week leading our choir and music program.   His ability to create joyful and meaningful musical experiences for singers of all levels and ages, coupled with his 40 years of professional experience as both teacher and music director at other churches and schools, has made our little church choir one of the best choirs in Southern Maine.
Denis Graduated from the University of Lowell (MA) with a B.M. in Voice and from The University of Maine with a M.M. in Voice.

Denis is a composer and arranger.  His music has been performed at USM, UMO, U O Lowell, The Maine Composers Forum, and by schools and churches throughout Maine and Massachusetts.  He has performed many roles in opera and musical comedy.  He has been featured with both the Portland and Bangor Symphonies, the Choral Arts Society, Oratorio Chorale, and at the Wolftrap Center for the Arts.
We are most fortunate to have his talented experience leading our Church Choir. 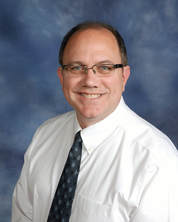 Organist:  David Watts
David Watts became a member of the Church in 2003, and has been organist, pianist and a vocal soloist for the Church since 2008.  Growing up in Pennsylvania, David began studying the piano at the age of 5, and holds degrees in composition and education from the Philadelphia College of Performing Arts and West Chester University.  He was the director of instrumental and general music at Freeport High School and is now the Five Town CSD Adult and Community Education Director in Camden, Maine. In his spare time he directs Chandlers Military Band based out of Portland.

David has written a collection of solo piano works, and performed throughout the mid-Atlantic region for 25 years prior to moving to Maine.  He is very interested in the use of improvisation, jazz and contemporary music in the worship service, while still maintaining a focus on traditional hymnody and classical music. 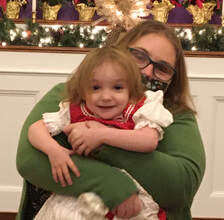 Nursery Care Provider:  Rachel Haskell
Rachel Haskell has been the Nursery Care provider at SFCC for the past three years. She works as an Ed Tech III at Yarmouth High School during the week. Rachel is also a member of the SFCC Christian Education Committee . She enjoys seeing little children figuring out the world around them and watching them grow. At the high school level, she enjoys learning new things along with students and enjoys building relationships with the students she works with.